The Veste Coburg, also known as the “Franconian Crown” dominates the surrounding countryside with its mighty walls and towers. The mediaeval fortress enjoyed its heyday in the early sixteenth century as the palace of the Electors of Saxony.

Martin Luther stayed within its walls in 1530.

The castle as we see it today is the result of alterations inspired by the Gothic revival. The Intarsia Hunting Room dating from 1632, a sumptuous, fully wood-panelled room, is unique.

The living apartments of the last duke were created in the early twentieth century in the “Fürstenbau”, or Ducal Palace.

The castle also houses an important Department of Prints and Drawings, a collection of valuable Venetian glasses, historical hunting weapons and an armoury.

Other gems in the collection include the two oldest carriages in the world and Baroque sleighs. Works by German Renaissance artists, including paintings by Cranach, Dürer and Grünewald, are further precious items.

Another branch of the museum, the European Museum of Modern Glass in Park Rosenau at Rödental near Coburg, houses the collection of studio and modern glass which is part of the Veste Coburg collections and the most comprehensive collection of its kind in Europe. It also includes an exhibition of contemporary ceramics.

No tickets have to be pre-ordered!

The courtyards will be closed from April to October at 6.30 p.m. and from November to March at 5.30 p.m.

Free WiFi (BayernWLAN) in the courtyards, in the cafeteria and in the “Fürstenbau”.

All tickets for the Veste Coburg Art Collections are valid within 4 weeks for the visit of the European Museum of Modern Glass Rödental.

During special exhibitions the admission fees may be subject to change. 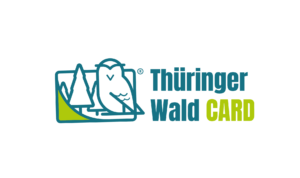